During our recent holiday to Mallorca, we found out that Mallorca has much more to offer than just beaches and the city of Palma. In a previous post, I shared the route of our first day trip. Today’s post is about another trip, that took us to Valldemossa, Deía and Port de Sollèr, and through some of the Sierra de Tramuntana. Our starting point was the town of Llubí, in the center of Mallorca.

Valldemossa
Our first stop of the day was in Valldemossa, an old town that is famous because Chopín spent a winter here with his muse in 1837. The main attraction is the Real Cartuja, an old monastery and royal residence. The bell tower can be admired from outside and you can visit the gardens for free, so we did not see the added value of a paid visit, but it is possible to do a tour here. The town itself is pretty, with narrow streets, traditional houses and good views over the valley. It is very touristic as well though: busloads full of tourists were dropped in Valldemosa, probably on a day trip from Palma. 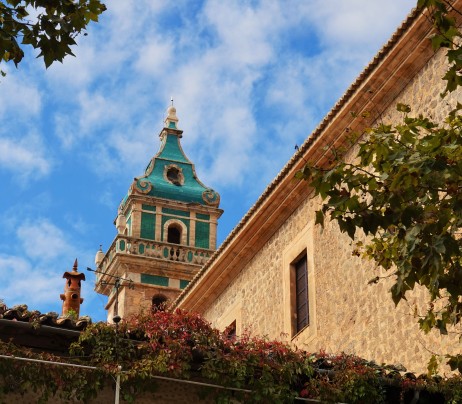 Deía (plus stops at Sa Foradada and Son Marroíg)
After lunch we left Valldemossa and drove towards Deía. Along the way we stopped at Son Marroíg. There are two attractions here. Firstly, there is a viewpoint, from which you can see Sa Foradada, a rock formation with a hole in it. There apparently is a path leading down to a small cove, but it takes around 45 minutes of walking to get there.

Secondly, you can visit Son Marruíg itself, which used to be the residence of an archduke and is now open to public (€4). Only two rooms in the house are open to the public, but the views and the well-maintained garden make up for that. 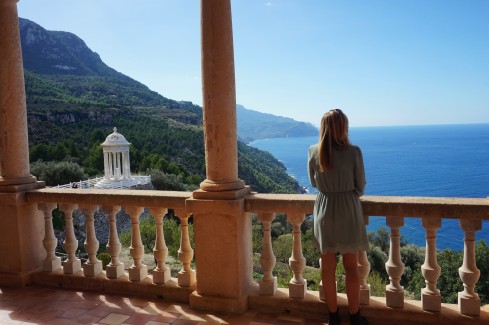 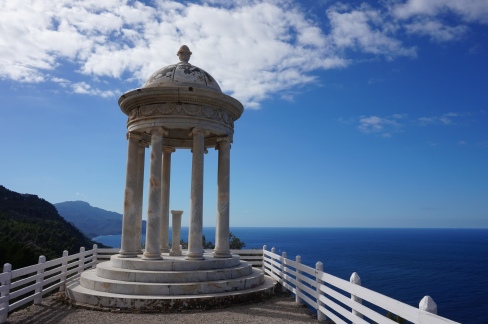 Cala Deía
After this stop, we drove to Cala Deía, a small cove with a beach, where you can swim. Or at least, so we thought. When we got there (after having paid for parking already), we found out the ocean was way too rough to swim here. We considered having a drink at one of the restaurants situated in this cove, but as soon as the waiter got us a menu and we saw the prices, we left. Just a little bit too expensive for us!

Port de Sollèr
Since my sister still really wanted to go swimming, we decided to drive to Port de Sollèr, that has a beach. It’s not a very picturesque beach, but the ocean is very calm. My sister took a swim, we found a bar on the town’s long boulevard and enjoyed the sunshine. We did not explore more of Port de Sollèr than just the boulevard and the beach, but to be honest, I do not think there is much more to this town. It was nice though, and seems like a good place to spend a relaxed holiday. An old-style tram connects Port de Sollèr with the town of Sollèr. 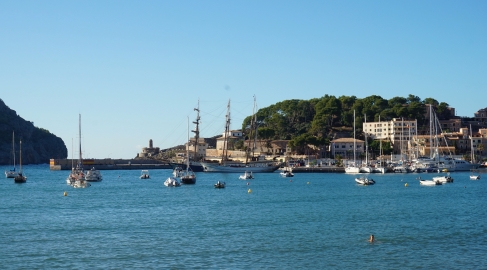 We then drove back to Llubí and concluded the day with some drinks and snacks on our rooftop terrace, enjoying the sunset (yes, we have a thing for sunsets).